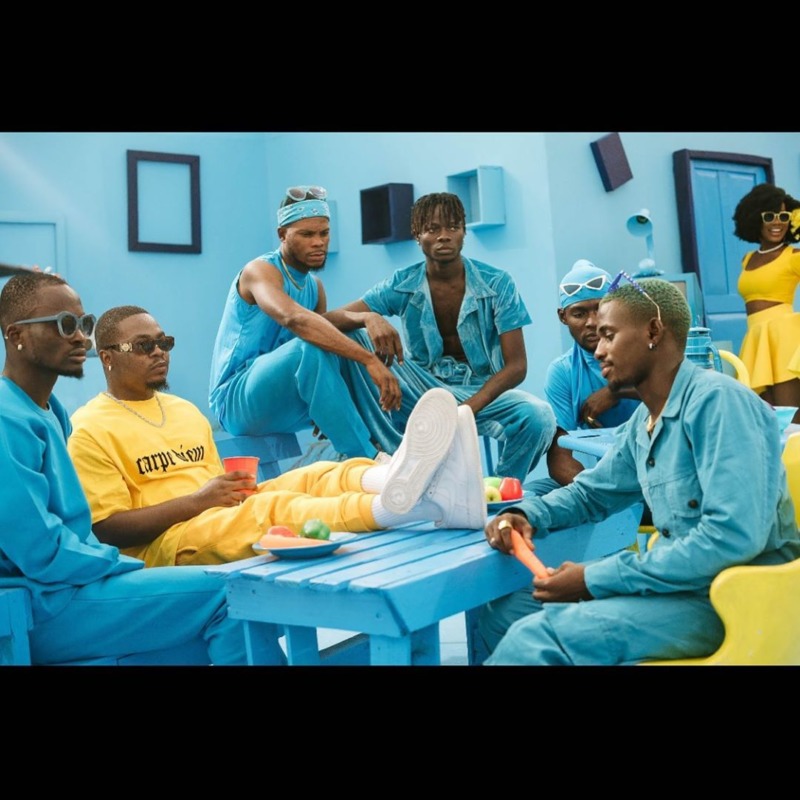 YBNL releases a brand new record titled “Green Light” delivered by the Label boss Olamide Baddo. This new song is a mid-tempo Afro-Rap record unlike his previous release ‘Eru’ which is a Pop/Funky track. Compared to the Basking ‘Eru‘, “GREEN LIGHT” is not a party starter, it’s a love song that seeks for a lady’s closeness, attention, affection and feelings.

Olamide Adedeji is a popular Nigerian singer-songwriter and indigenous hip-hop rapper. He is popularly called ‘Olamide Baddo’ or ‘Baddo Sneh’. He founded the YBNL Nation, an independent record label that brought talents; Adekunle Gold, Lil Kesh, Chinko Ekun, Viktoh, Lyta, DJ Enimoney and Fireboy. Olamide raps and sings both in his native language, Yoruba, and the general language English. He has earned lots of Awards to his name and released more than 20 hit songs with 9 studio albums; ‘Rhapsodi’, ‘YBNL (Yahoo Boy No Laptop)’, ‘Street OT’, ‘Baddest Guy Ever Liveth’, ‘2Kings’, ‘Eyan MayWeather’, ‘The Glory’ to name a few.

Earlier in February 2020 Olamide dropped an EP titled “999” which took everyone by surprise. On the 1st of October, 2020 he announced a new body of work, an album titled “Carpe Diem” and unveiled the tracklist for the forthcoming project via his Instagram page. The 12 track album boasts of an impressive lineup of artistes which include the likes of Bella Shmurda, Omah Lay, Phyno, Peruzzi, Bad Boy Timz, and his signee, Fireboy DML.

On this lead single that here to welcome the already scheduled “Carpe Diem” album, Olamide wants some Greenlight. He needs to connect with the lady his heart pumps for that been running through his mind so he can show his love feelings/affections, because it takes two to tango.

Watch and Enjoy the colourful visuals for “Green Light“, shot by Clarence Peters.